At a private Fender Custom Shop event we saw one of the more spectacular Stratocaster's we had ever seen. We tracked down the head of the Fender Custom Shop and had to know who had built that instrument. They introduced us to this strange and extremely friendly Northern European man. I asked him to show me what else he had been working on and he proceeded to pull out his phone and show us pictures of his work at the custom shop. I took every piece he had without another word. That was our first meeting with Vincent.

Ever since then we have developed a special relationship with what we consider one of the greatest builders we have seen in years. He not only builds the instruments of our customers dreams but is also a complete joy to work with.

Originally from the Netherlands, Vincent moved to California in 2005 and began working for Fender immediately. After wearing a variety of hats in different departments, he started in the Custom Shop in 2012.

A 2-year assistant role with Stephen Stern at the Gretsch Custom Shop was followed by a 5-year apprenticeship with John Cruz. During this time, Vincent worked on many prestigious guitars, including the replica of Gary Moore’s ’61 Stratocaster, a 30-piece run of the Jimmie and Stevie Ray Vaughan 30th anniversary Stratocaster guitars, and most recently the Phil Lynott Precision Bass.

A musician himself, Vincent has always been a Fender fan. “There’s a certain feel and sound and look that is specific to Fender instruments, and that’s the reason people love them so much. To me that’s exciting, and to be part of a legacy like that is a dream come true.” 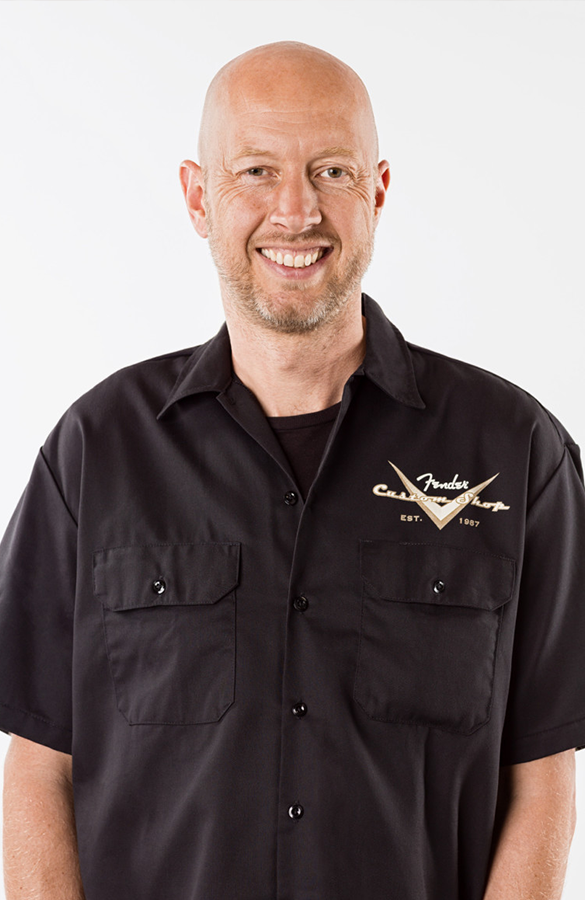 CHECK OUT VINCENT'S OTHER WORK HERE