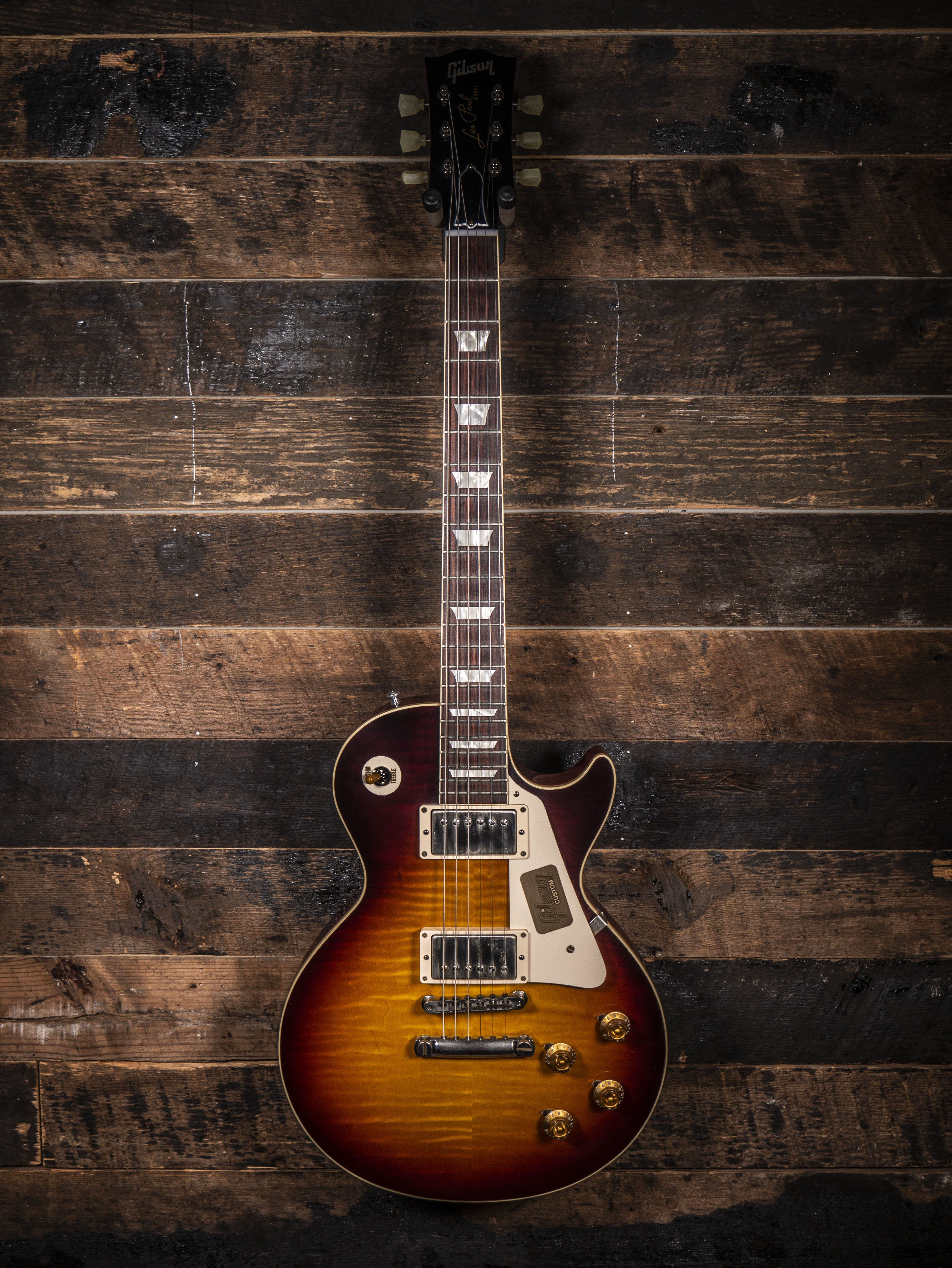 We don't usually say this but this was one of Baxters favorite Les Pauls he has played! The neck pickup alone was enough to win him over and we had to wrestle the Les Paul away from his hands for enough time to photograph her. The tones coming out of that single pickup are Les Paul Nirvana. With a clean amp the PAF bark and howl is there. There is a magical touch sensitivity to this pickup that speaks differently than most. The highs are never buried by the normally dark nature of the Les Paul. The can peak out and sing with just a wee bit of attack without any touch of harshness. We even compared this two two different guitars we have with 59 PAFs in them and we were very frustrated to admit that this one did the magic. Moving onto the bridge you get that classic Les Paul PAF bridge tone. Again another wee piece of magic from the folks at Gibson. Just these small wires, some magnets, and a bit of magic sauce has created a perfect sonic balance in our hands. The bridge can growl with the best of them and with a finger play, they speak in another magical language. Together the two pickups form that bond that allows for that great Les Paul Journey of Tone. Again we found Baxter playing in this position after we wrestled the guitar away once earlier. He kept turning knobs, playing louder, smiling, turned more knobs, and continued his relentless smiling.

The top is a gorgeous painting of mountains and valleys framed n a great tobacco sunset. All of the peaks are a joy to explore on this Les Paul as some pop out under different angles leaving many oohs and ahhhs in their wake. The back and sides are a beautiful wine red. The grain in the mahogany is visually pulled out and pops beautifully when contrasted with the Tobacco top. The vintage tuners to the bridge, knobs, pickup covers, and inlays all add to a perfectly balanced and historically accurate Les Paul. Now if we can get Baxter to stop stealing this guitar we will all rest a bit easier. And if you are looking for an outstanding sounding 59 Les Paul there really is no need to look any further.