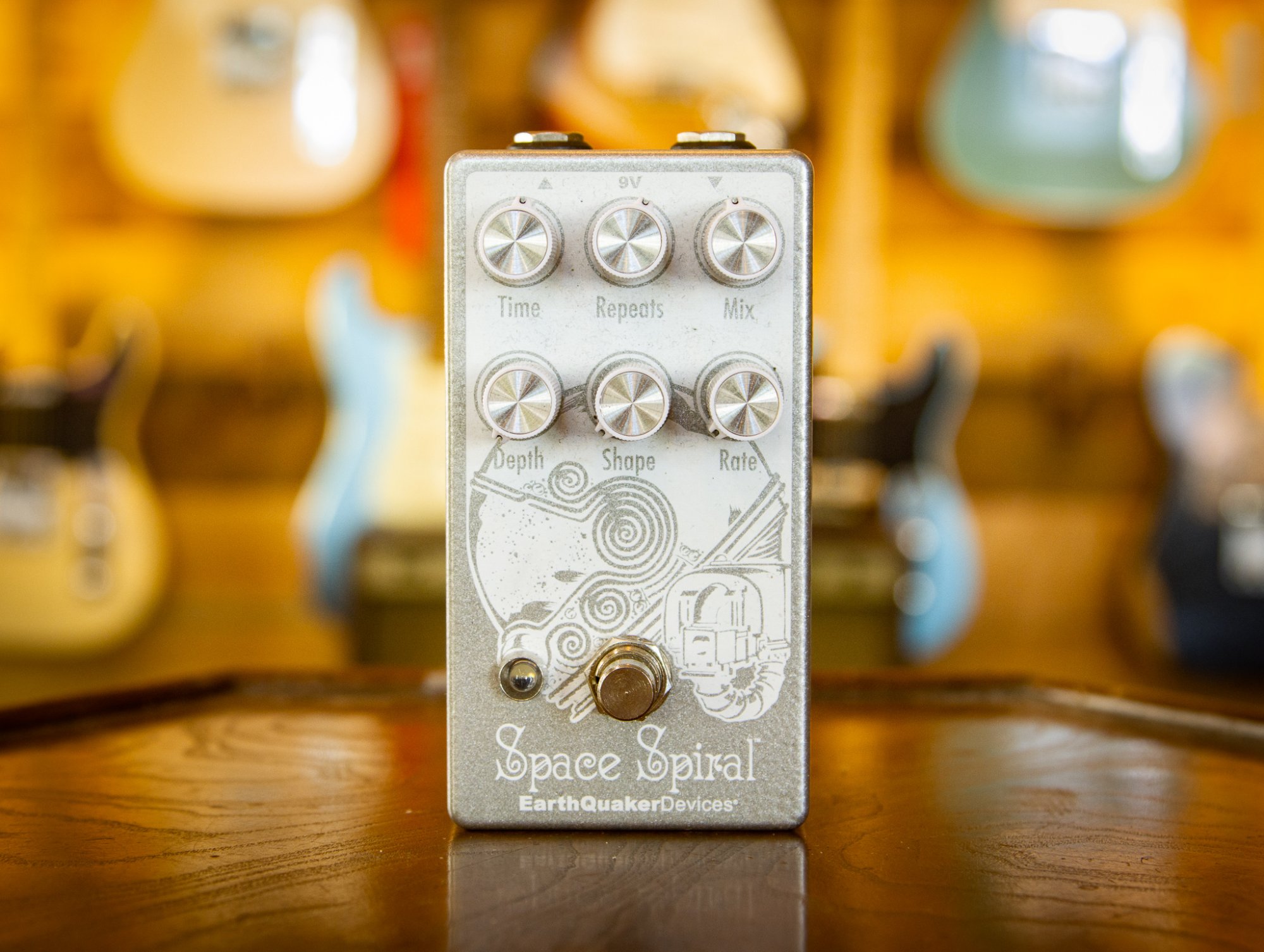 The Space Spiral is a delay with more than just a few tricks up its sleeve. The EarthQuaker Devices Space Spiral V2 is an analog-voiced digital delay pedal with a ton of tone-shaping potential that will appeal to the most sonically adventurous. Now in its second generation, this version gains a flexi-switch — hold it for momentary operation or tap it to toggle on/off. The Space Spiral V2 utilizes a digital engine to deliver up to 600ms of oil-can-style analog-voiced repeats. The onboard variable waveshape LFO enables you to craft the character of the repeats from a "soothing triangle shape" to a "choppy square shape." And all the Space Spiral V2's aural power comes to you from the forward-thinking circuit tweakers at EarthQuaker Devices.