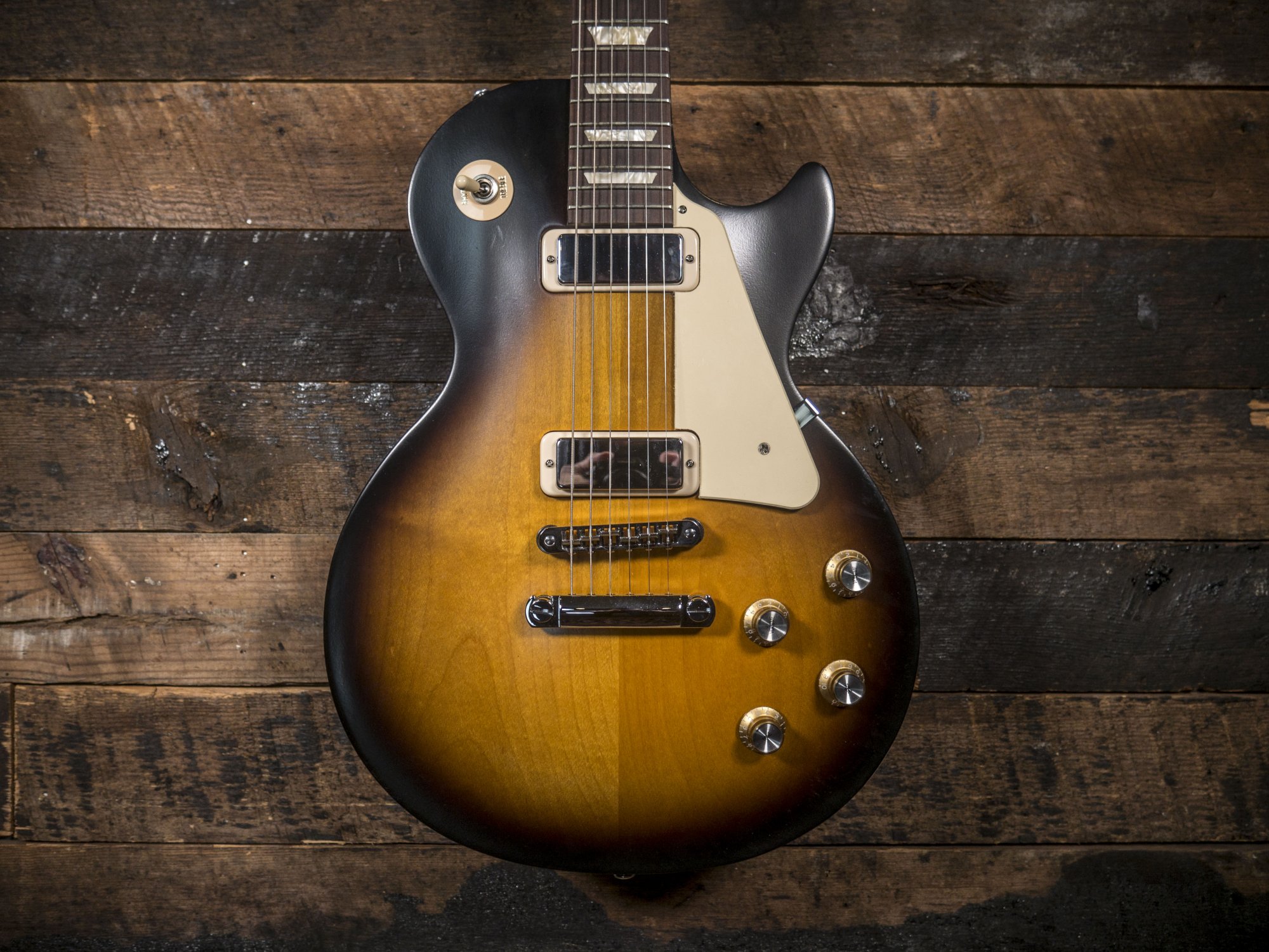 The foundations of much of today’s great music were laid down in the 1970s, and much of it was performed on great Gibson guitars of the era. To capture the look, feel and tone of the instruments that made massive music during a decade when rock was king, Gibson USA introduces the Les Paul Studio ’70s Tribute. It’s part of a series that also includes a Firebird Studio and SG Studio with complementary features. The Les Paul Studio ’70s Tribute offers all the quality and performance that has made the Studio range so popular with hard-gigging guitarists since its introduction in 1983, with crucial updates that ally it with many legendary Gibson guitars of the 1970s. The Les Paul Studio ’70s Tribute achieves the unique feel of a 1970s Les Paul with a thin-to-thick neck profile that starts out slim at the lower frets and becomes increasingly chunky as you slide toward the cutaway. In the tone department, it carries a pair of new Dual Blade Alnico Mini Humbuckers for a vintage-edged tone with great versatility, and a visual nod toward the Les Paul Deluxe of the ’70s. To top it off, the Les Paul Studio ’70s Tribute looks great in your choice of Vintage Sunburst, Cherry, Gold Top or Silver Burst finish, all in grain-textured satin nitrocellulose lacquer.

Like the most revered Les Paul Standards of all time, the Les Paul Studio ’70s Tribute starts with the classic tonewood combination of a mahogany body with solid carved maple top. Together, these woods offer outstanding tonal depth and richness from the mahogany, with superb clarity and “snap” from the maple. In this model, the mahogany back is strategically weight relieved to both lighten your load and improve resonance. Like many Les Pauls of the ’70s, the neck is made from maple and carved to a profile unique to the era, which measures .800″ deep at the 1st fret and increases to .963″ at the 12th, with a volute behind the nut to both strengthen the headstock joint and enhance neck resonance. A chocolate-brown baked maple fingerboard carries traditional trapezoid inlays, and terminates in a PLEK-cut Corian™ nut with a width of 1-11/16″. Like many Studio models, the Les Paul Studio ’70s Tribute keeps it all down to basics—and saves you money—by omitting neck and body binding. Its look is complemented by a cream pickguard and pickup rings and gold knobs (Vintage Sunburst and Gold Top) or black guard, rings and knobs (Silver Burst and Cherry), and traditional gold Gibson and Les Paul Model silkscreens on all but the Silver Burst, which has silver silkscreens.

To help the Les Paul Studio ’70s Tribute rock with unparalleled character and articulation, Gibson USA loads it with a pair of Dual Blade Alnico Mini Humbuckers. Entirely new pickups from Gibson USA, these units improve upon the best attributes of the former Mini Humbuckers seen in the Les Paul Deluxe in the ’70s, and the different Firebird Mini Humbuckers of the early ’60s, in an efficient design that uses dual steel blades and an Alnico magnet for a vintage voice that still retains plenty of chime. These pickups are calibrated for balanced output between the neck and bridge positions, yielding everything from singing bluesy neck tones to crunchy and wailing leads, and are dressed in solid chrome covers. They are routed through the traditional four-knob and three-way switch wiring set up, and partnered with a Tune-o-matic bridge and stopbar tailpiece for optimum sustain and precise intonation. A set of vintage-style TonePros™ tuners with pearloid keys rounds out the package.