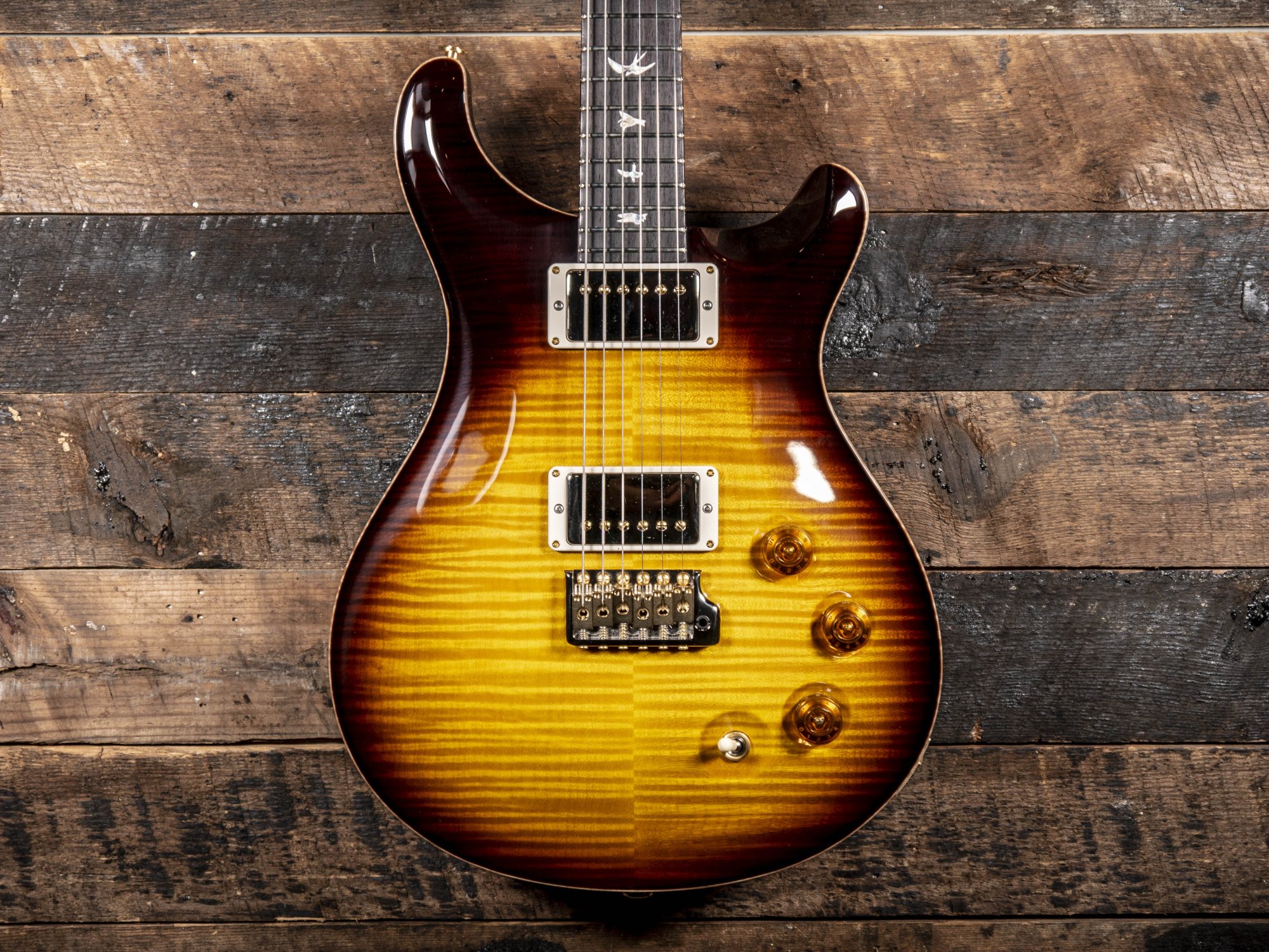 The PRS DGT is a vibrato-equipped solidbody guitar designed to the specifications of ace guitarist David Grissom. This beautiful guitar features a carved, figured maple top with a mahogany back, and a 25" scale. You'll find this slightly smaller version of the PRS wide-fat neck extremely comfortable. The DGT's mahogany neck, rosewood fingerboard, and jumbo frets deliver huge tone, whether you're playing rhythm or lead. You also get Grissom's preferred humbucking pickups, wiring, and control layout: two volume knobs plus a tone pot with a push-pull coil split. Ready to rock? You'll be well-equipped with the PRS DGT.

The DGT is not your typical PRS guitar; many changes were made specifically at David Grissom's request. The custom figured maple top will have you staring at this guitar for hours, like it's a fine piece of artwork hanging in a museum. You'll love the slightly smaller version of the PRS wide-fat neck, large Dunlop 6100 frets, and heavy strings for fat tone. The PRS DGT is a ready and willing workhorse, no matter what style you're playing. You don't need to worry about staying in tune, as the Phase II locking tuners will ensure tuning stability all night long.

DGT pickups and electronics deliver a universe of tone

The PRS DGT features exclusive David Grissom pickups, which are modeled after vintage PAF humbuckers. Dial in a plethora of sounds thank to Grissom's preferred wiring and control scheme: two volume controls and a push/pull coil split on the tone pot. The setup on the PRS DGT gives you massive tonal versatility — something we're very much in favor of here at Casino.

To give the DGT a rich yet balanced sound, PRS and David Grissom selected the tried-and-true combination of mahogany topped with maple. The DGT's mahogany body gives you natural tonal warmth, which really adds character to its acoustics. By nature, mahogany is a bit dark sounding, which is where the brighter tone of the maple top comes in. Together, these tonewoods give you an incredibly balanced sound. And thanks to PRS's ultra-durable finish, the DGT feels and sounds like it's coated in well-worn nitro.