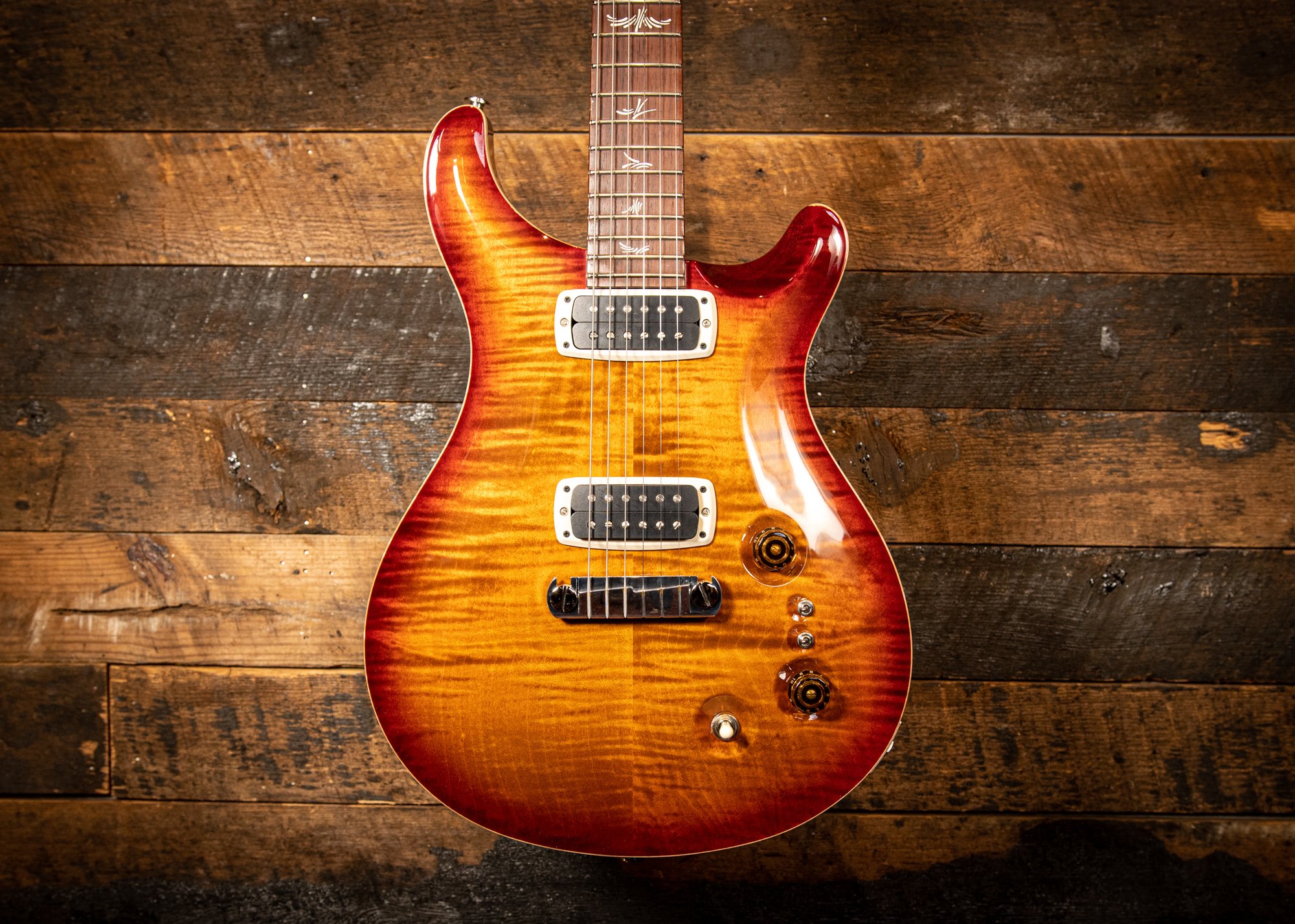 Historically, the Paul’s Guitar (like the Modern Eagle before it) has been a realization of Paul Reed Smith’s latest discoveries surrounding tone. Paul specified every appointment of this instrument from the wood selection and inlay design to the pickups. This revamped model represents Paul’s vision not only as a guitar maker but as a guitar player who needs versatile stage- and studio-ready gear that can achieve all the right tones. As a man who has every option available to him, Paul’s personal design choices include mahogany bodies with maple tops, Honduran rosewood fretboards, Nitrocellulose finishes, “Brushstroke” bird inlays, and narrow pickup bobbins. The Paul’s Guitar model also includes PRS’s TCI (Tuned Capacitance and Inductance) treble and bass pickups with two mini-toggle switches that allow players to put either or both pickups in either humbucking or true single coil mode.