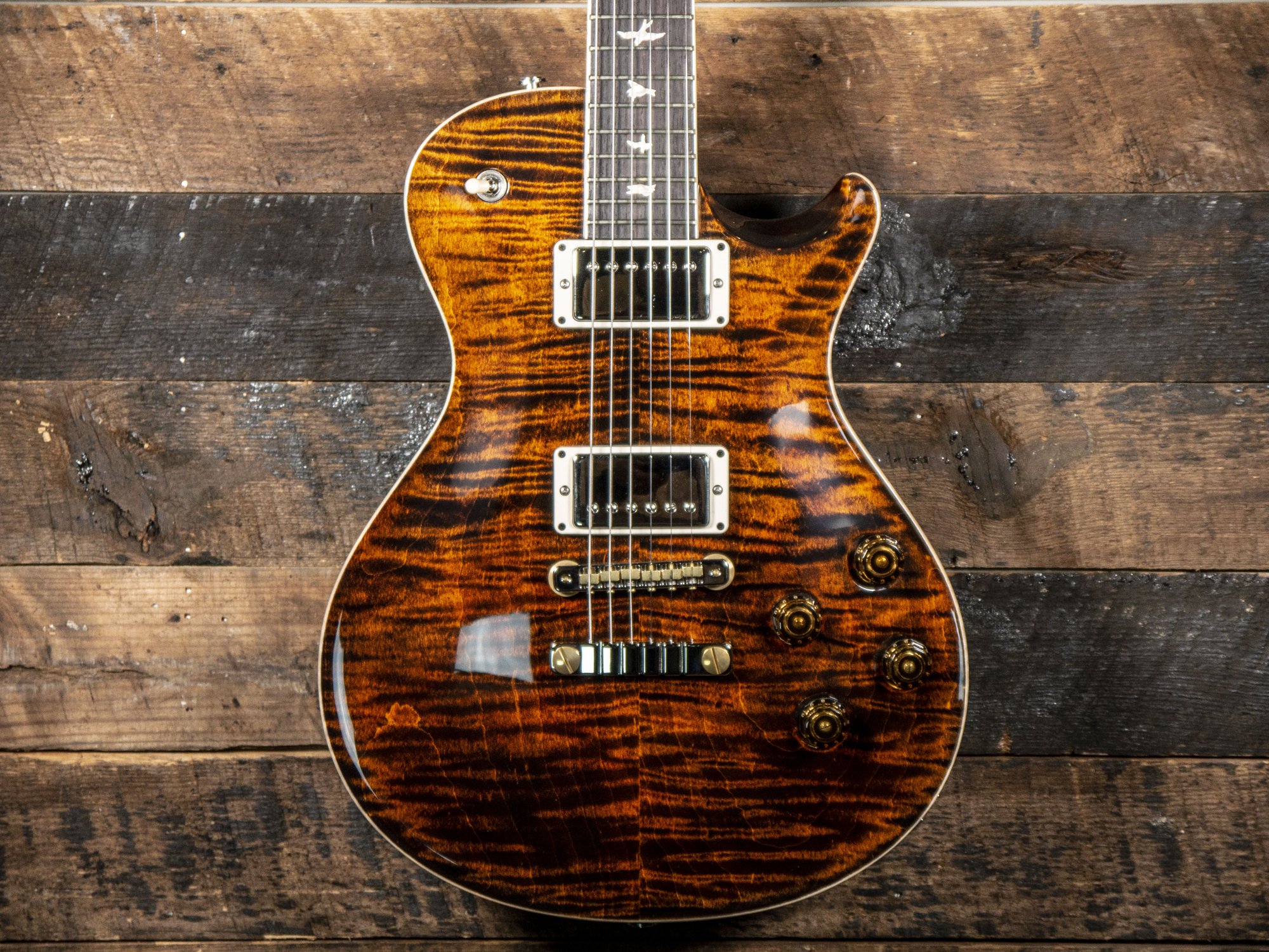 Blends the Best of the Old and New

Ted McCarty had his hand in some of the most legendary designs in electric guitar history, including the original humbucking pickup. McCarty began mentoring Paul Smith, and the original Paul Reed Smith McCarty model debuted in the 1990s. Since that time, the popular model has been re-released with updated specs and continues to be a popular line for the company. This McCarty Singlecut 594 represents the latest incarnation of that model, complete with updated pickups, a different neck feel, and an electronics arrangement similar to the vintage guitars McCarty helped pioneer.

When you plug the PRS McCarty Singlecut 594 solidbody electric guitar into your favorite amplifier, you will be enveloped in a rich and decidedly vintage tone. The sound is similar to the warm, clear tones that have propelled the original 58/15 pickups to the top of many of Casino's guitarists' favorite PAF-style pickup list. But the lower wire turns of the 58/15 LTs deliver even more clarity and nuance. Pulling up on the tone knobs attains true single-coil chime, and you have full and independent control of each pickup by way of the 4-knob control layout.

Some of the least visible but most powerful features of the PRS McCarty Singlecut 594 include a neck feel that maximizes your performance and comfort with an asymmetrical Pattern Vintage profile. Though much like their Pattern profile, the Pattern Vintage carve is slightly thicker to fill your hand in just the right way. And the strings will always feel silky smooth when playing and bending due to the guitar's 24.594" scale length, which is also where this model of McCarty gets its name. Finally, a "tweaked" version of the Phase III locking tuners transfers even more string energy to the guitar's neck.