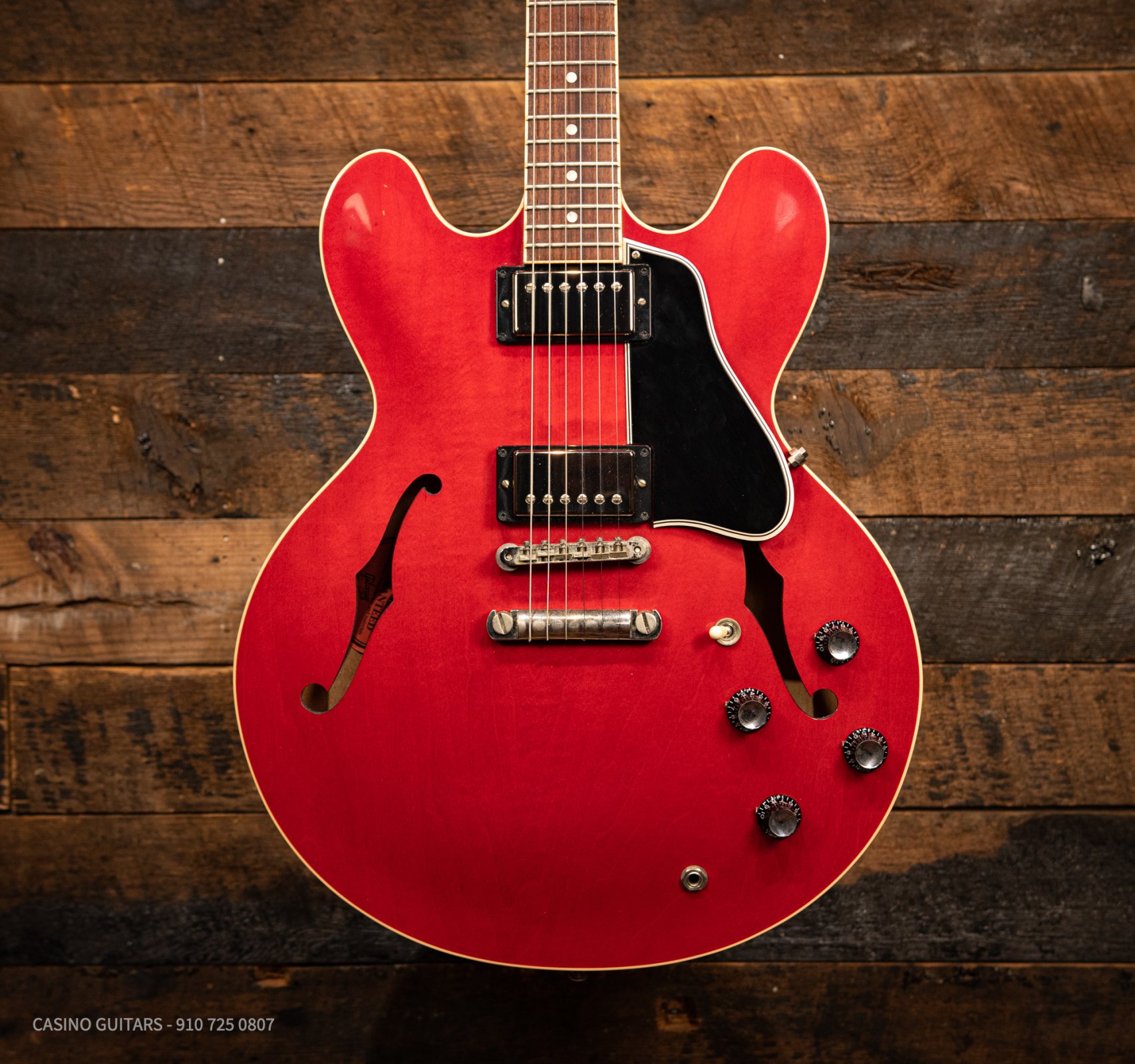 The Classic Reborn
The Gibson ES-335, Clapton, B.B. King, Dave Grohl, what more do you need to know? This 2009 Gibson Custom is a shining example of why all these guitar greats ripped it on a 335. With a set of Humbuckers that screams out a note with vicious intent, you are guaranteed to cut through a mix. From its first appearance in 1958, the Gibson ES-335 set an unmatched standard for playability, and this ’335 carries on the tradition. The pearloid-inlaid rosewood fingerboard hand-rolled on a rounded C mahogany neck feels incredible and invites hours of playing every time you pick up the instrument. Gibson’s Calibrated T-Type humbucking pickups are paired with the company’s handwired control assembly. The result is the immensely versatile Gibson ES tone that guitarists have craved for over six decades. Precise intonation and tuning stability are provided by Vintage Deluxe tuners with Keystone buttons, paired with a lightweight aluminum ABR-1 bridge and Stopbar tailpiece, anchored by steel thumbwheels and tailpiece studs. Tonal excellence is yours when you plug the Gibson ES-335 into your favorite tube amplifier. Loaded with a pair of calibrated T-Type humbucking pickups, each with its own volume and tone controls, you’ll be able to dial in chiming country tones as easily as savagely distorted rock tones. The neck pickup gives you classic hollowbody-style tones for everything from jazz to dirty blues. Flip to the bridge position, and you’ll command sounds covering everything from bright and clean to raw and mean.