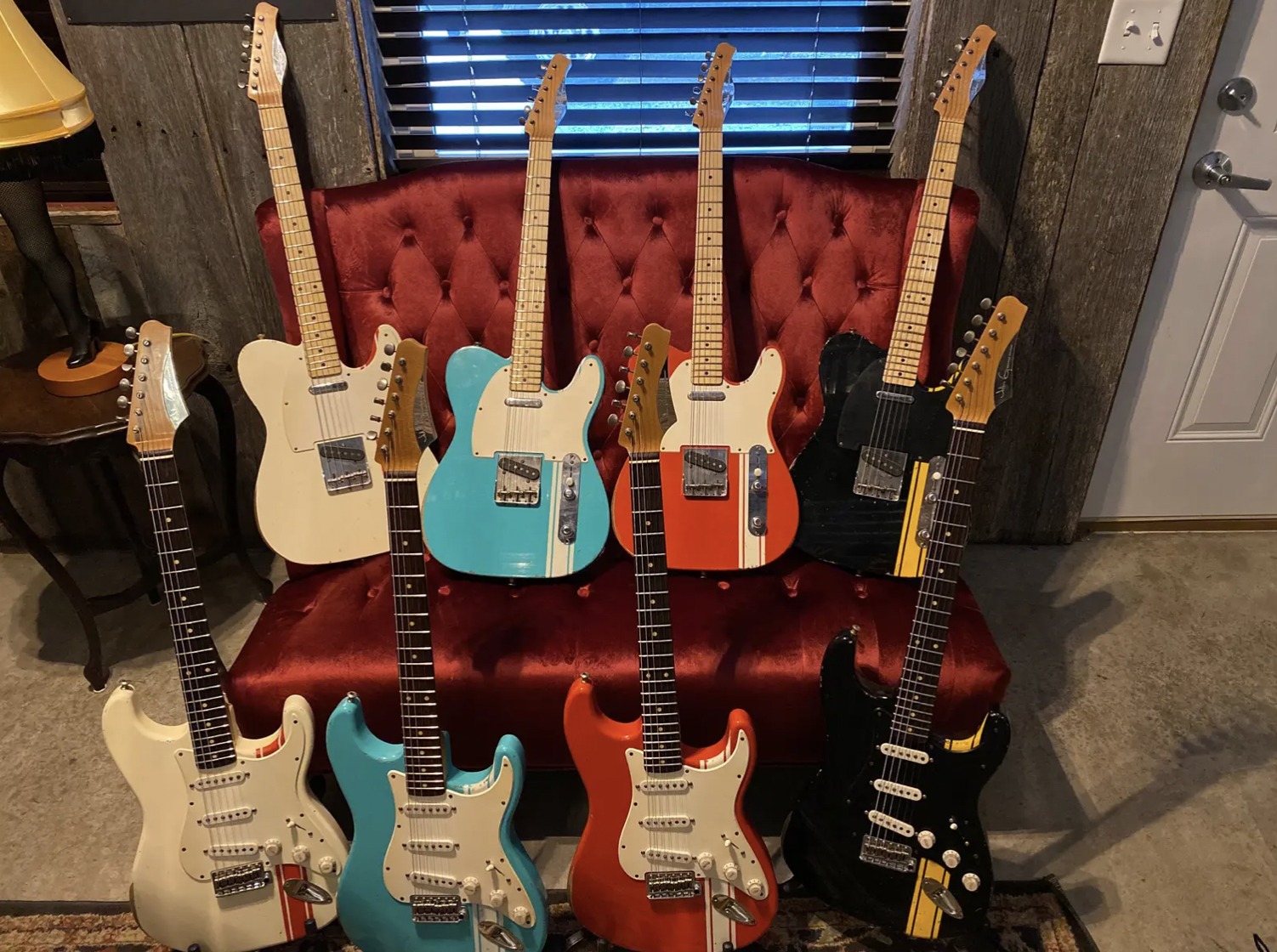 Legendary luthier John Cruz has spent a lifetime handcrafting musical instruments for Rock and Roll Hall of Fame inductees, open-mic-night heroes and everyone in between.   After several decades building at one of the world’s most respected custom shops, he forged his own path to rural Tennessee and is finally able to build guitars 100 percent his way – with zero corners cut, zero permissions asked and zero apologies.

Five guitars will be painted in each of the following colors, complete with corresponding custom racing stripes, and “Whole Lotta Love” aged finishes (medium wear):

“Simplicity and beauty mean a lot to me when it comes to building electric guitars. Vintage guitars are great, but require subtle—and sometimes, not so subtle—upgrades and modifications to further inspire players to create the music they were born to make. These guitars means so much to me as they’ve been decades in the making. I’m certain you’ll see, hear and feel the love I put into these guitars when you play one.” – John Cruz